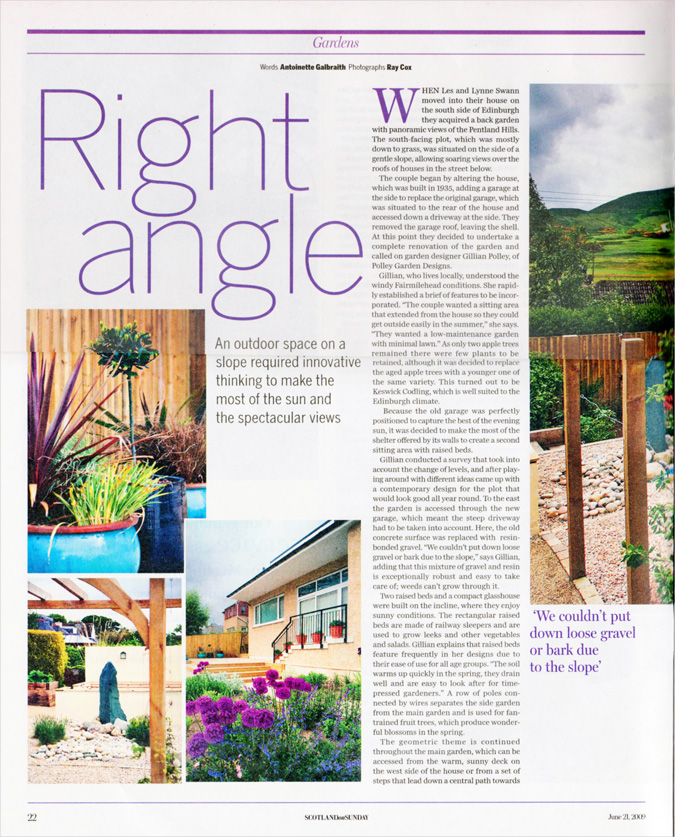 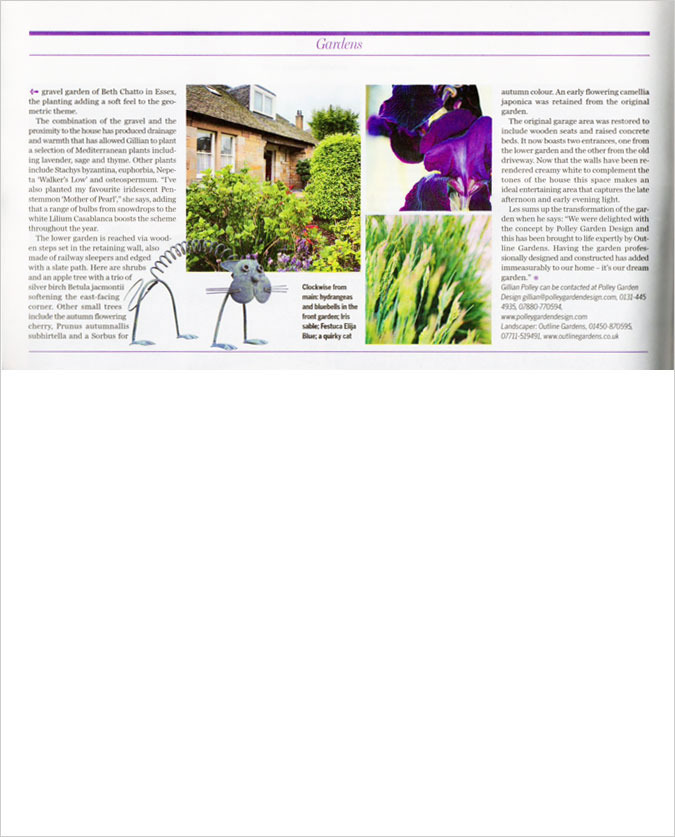 When Les and Lynne Swann moved into their house on the south side of Edinburgh they acquired a back garden with panoramic views of the Pentland Hills. The south-facing plot, which was mostly down to grass, was situated on the side of a gentle slope, allowing soaring views over the roofs of the houses in the street below.

The couple began by altering the house with was built in 1935, adding a garage, which was situated to the rear of the house and accessed down a driveway at the side. They removed the garage roof, leaving the shell. At this point they decided to undertake a complete renovation of the garden and called on garden designer Gillian Polley, of Polley Garden Designs.

Gillian, who lives locally, understood the windy Fairmilehead conditions. She rapidly established a brief of features to be incorporated.