An Arts and Crafts House Terrace 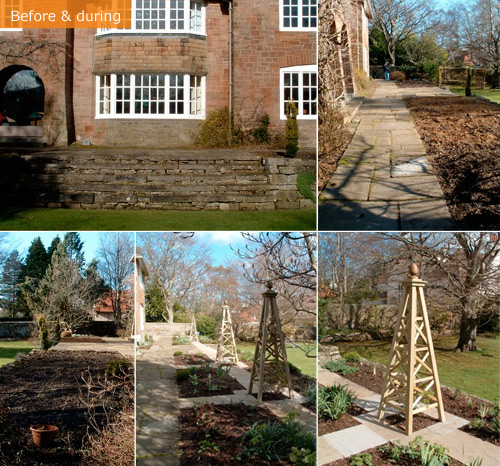 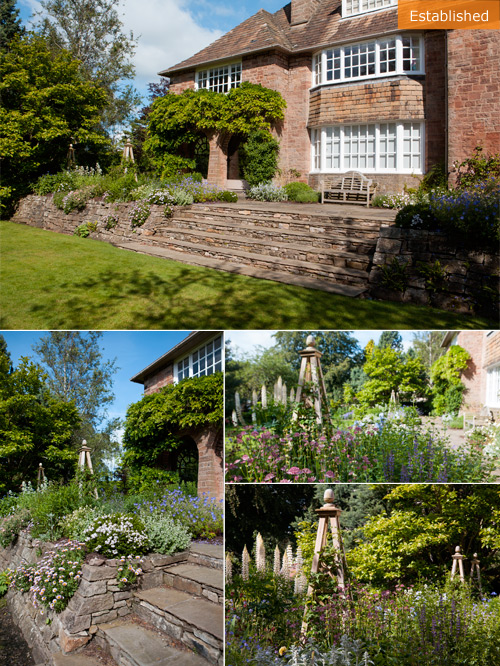 A 1914 Arts and Craft House with a large sunny rear terrace, with planting and paved areas and a wide set of steps up from the main area of the garden

To design a new layout for the terrace plant beds and a new planting plan.  To extend the terrace at one end to add a new sitting area for the family to catch the sun later in the afternoon and a new set of utility steps up to the terrace.  The planting style to be classical and semi-informal, colour scheme to be pastels with year round interest seasonal interest.  The planting to include fragrance and be child and dog friendly.

The length and width of the existing plant beds on the terrace made them awkward to maintain, they were split up into smaller areas, with paved pathways to allow easier access for maintenance. The terrace needed something with height to give structure to the area and a series of large obelisks were installed with early flowering clematis and summer flowering roses growing up them.

The remainder of the planting was designed to be in keeping with the style of the house.  To add winter structure, rounded Hebes were planted in the beds instead of box balls due to box blight in the garden. The treads on the main set of steps were renewed, as they were very worn.  At the top of the steps a focal point was needed to catch the eye.  The client had a Lutyens style wooden bench in the garden and this was moved to the terrace.

The new design was completed in 2011 and has matured well. 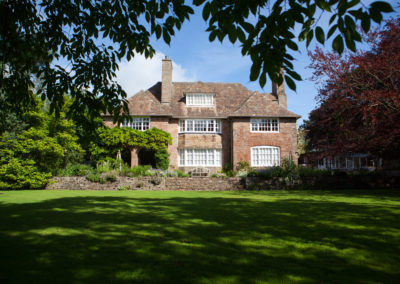 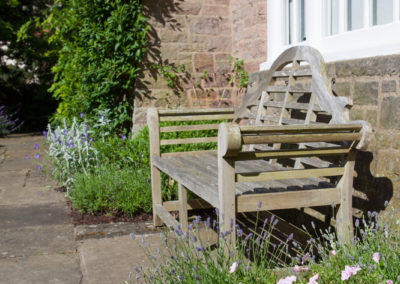 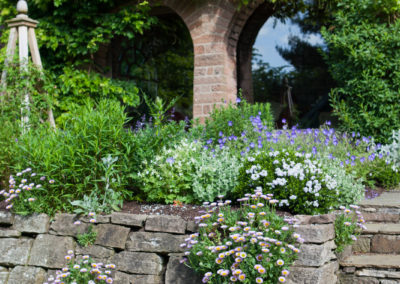 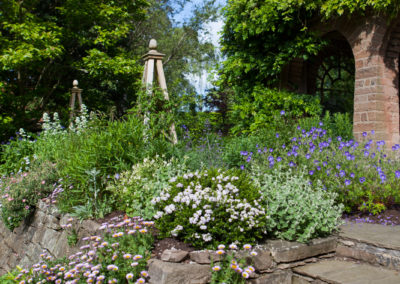 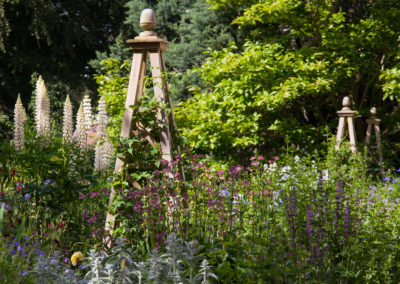 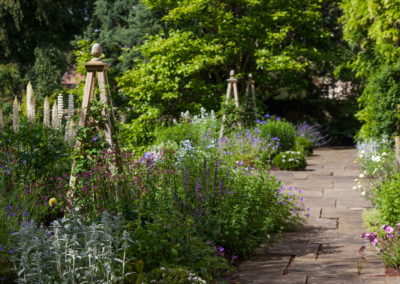 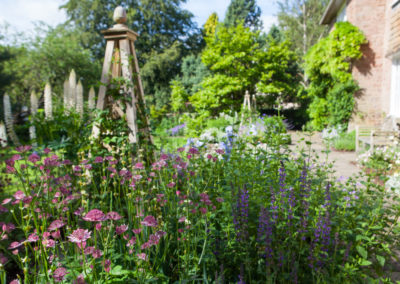 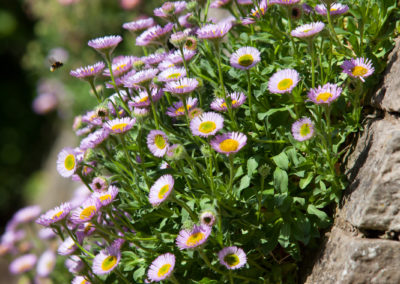 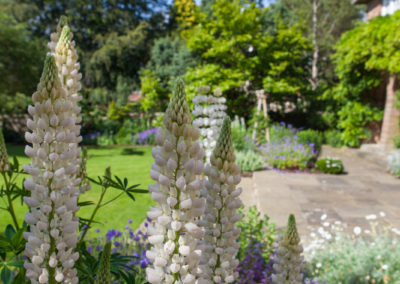 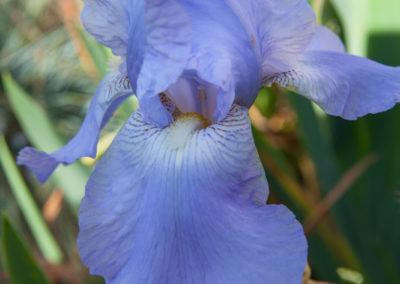 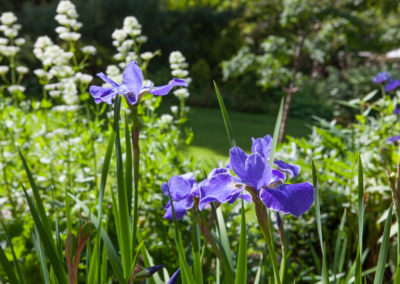 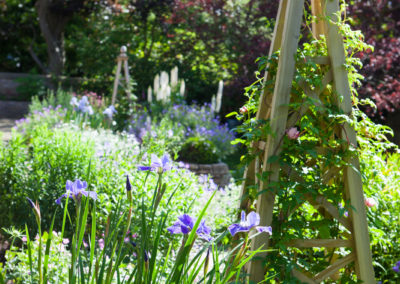 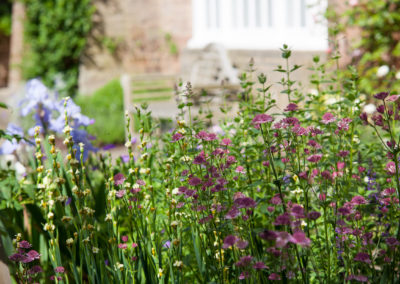 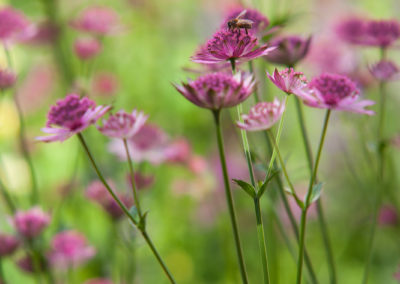 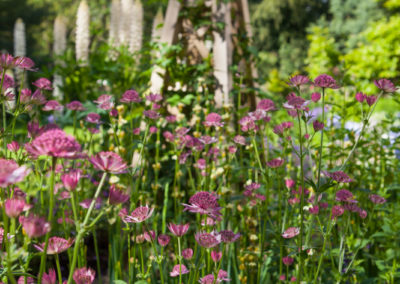 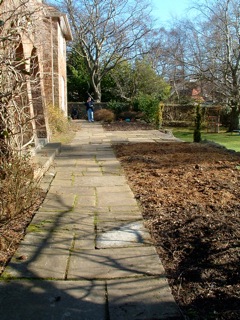 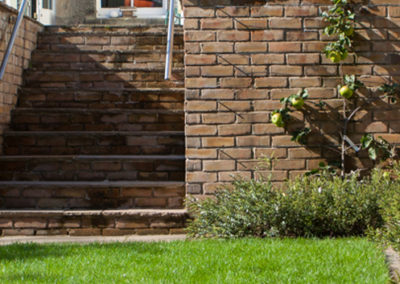 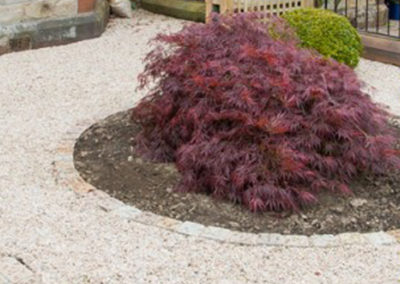 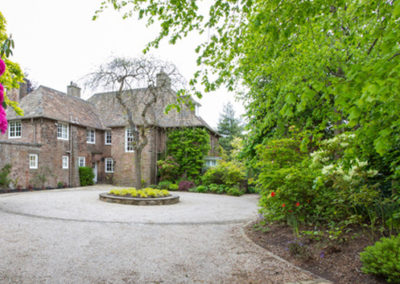 An Arts and Crafts House Front Garden and Driveway 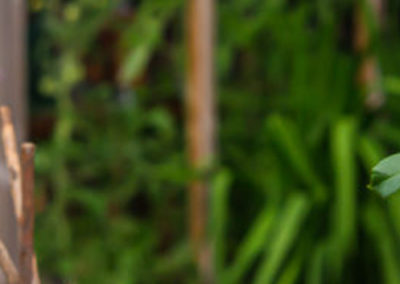