“A strong garden design for a house of character and style” 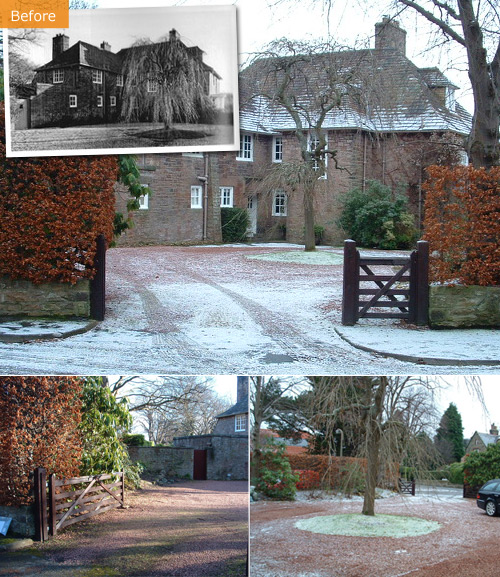 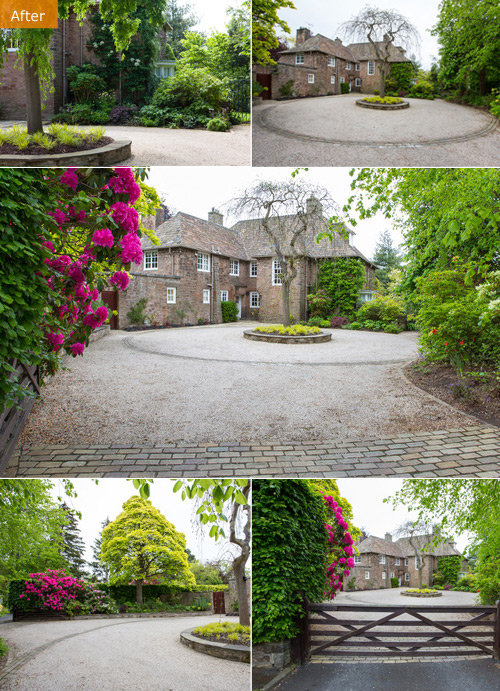 An Arts and Crafts House Front Garden and Driveway

A stone built listed house and garden designed by the Scottish architect, Sr Robert Lorimer in the Arts & Crafts style in 1914. The house sits in a large walled garden, surrounded by a beautiful backdrop of mature trees.

The clients wanted to keep gravel as the main surfacing material for the driveway area and remove small areas of grass which had become a nuisance to maintain, and incorporate them either into the driveway area or into existing plant beds.  One area of the driveway had a drainage issue which needed to be investigated.

They wished to keep the paving around the north facing front door entrance, but as it is over 100 years old and had become very worn plus slippery in the winter, it was decided to renew the paving.

The weeping Ash in the centre of the driveway, planted in 1914 looked in poor condition and required investigation by an expert. The planting was to be reviewed and a new planting plan drawn up, to include more evergreen planting and lots of year round seasonal colour.

The exterior of the Arts and Crafts house has great character and interest, so the design focussed on complimenting the house and enhancing the front garden space.  The first step was to investigate why the weeping Ash tree looked in poor condition.  The client was worried it might have to be felled.

An Arborist was called in and recommended ‘crown pruning’ which was carried out.  We strongly suspected that the driveway drainage issue which was caused by years of compaction, had impacted on the tree roots reducing the tree’s ability to take up water and nutrients.  This was dealt with during landscaping works and the condition of the tree has now improved.

‘Strong’ but ‘simple’ were the key words for this design. The weeping Ash tree sat in an area of raised lawn, this was removed and a low random rubble sandstone circular wall was built around the tree incorporating a plant bed.  Around the edge of the main area of driveway, a circle of sandstone setts was laid to add a strong but simple shape to the driveway, echoing the raised stone plant bed around the weeping Ash tree.  Matching sandstone sett edging was added to all the planting beds and the paving was renewed by the house entrance.

At the driveway entrance, a metre of matching stone setts was laid to provide hard surfacing and to stop gravel from the driveway spilling out into the road.  The existing gravel was removed and new underpinnings laid.  A weed suppressing membrane was laid under a gravel stabilisation system and new quartz gravel laid in a lighter colour complimenting the colour of the stone walls of the house.

Planting – existing Rhododendrons and Azaleas in good condition were kept.  New shrubs were added for seasonal interest, colour and fragrance.  Planting was also added in shady areas for their interesting leaf form and colour, such as Acers, Hostas, Hellebores, Epimediums, Heucheras and grasses.  Their leaves providing a lovely soft contrast to the stone walls of the house.

Gallery: An Arts and Crafts House Front Garden and Driveway 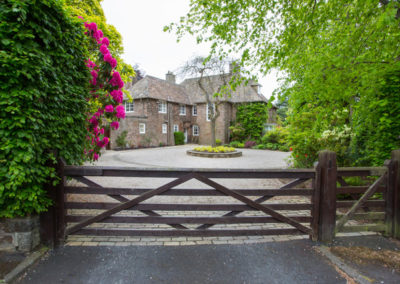 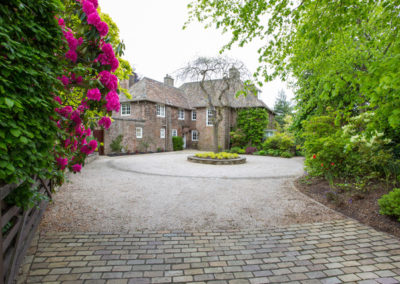 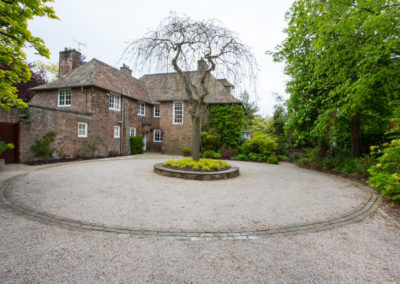 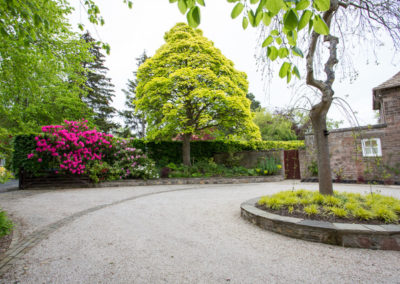 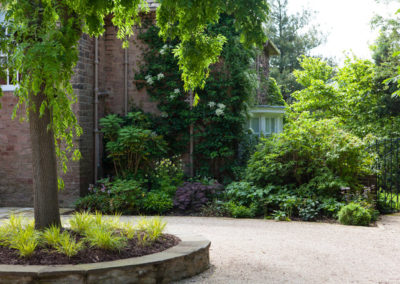 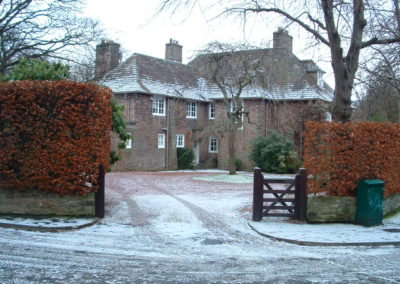 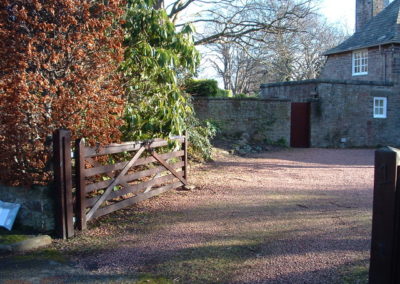 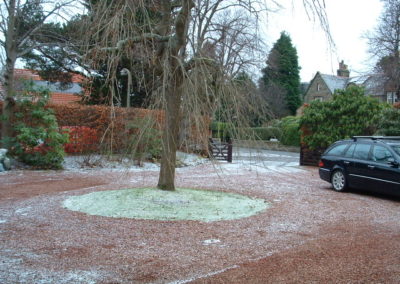 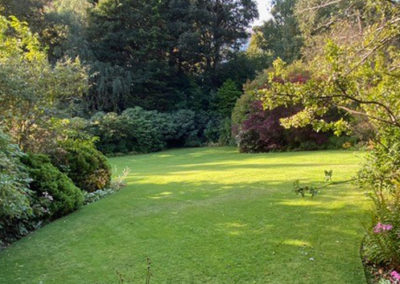 A Traditional Garden in the Grange 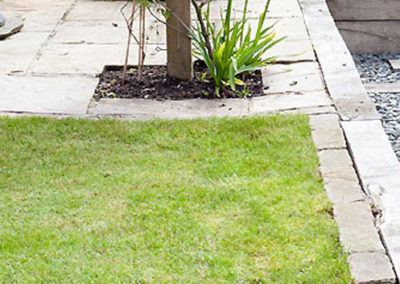 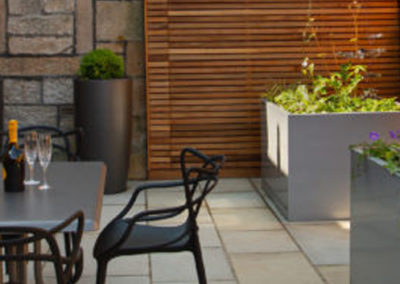